Images of Air, Land and Sea 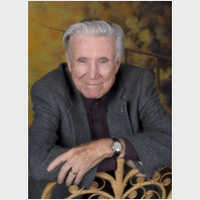 Award-winning artist Bob Pettes was born and raised in Minneapolis, Minnesota. The artist's drawing talent was discovered in grade school and continued to develop through college. After the war, the artist took advantage of the G. I. Bill to gain formal art instruction at the Minneapolis Institute of Art.

Bob began his professional career as a commercial artist and illustrator and worked for many years for both advertising agencies and consumer products companies. He later went on to develop his own distinctive style of painting which led him to focus on Americana and European landscapes that found a strong market among publishers and giftware manufacturers. His sojourns in Europe prompted him to capture the nuances of rural village life in each country so as to capture the charm and beauty of the countries he visited and preserve it on canvas.

The recipient of many art awards during his long career and part of America’s “Golden Age of Illustration”, Bob Pettes found that his work has broad commercial appeal. His images have been licensed and reproduced as calendars, prints, porcelain products, greeting cards, and a wide variety of other products. His originals grace collections nationwide. 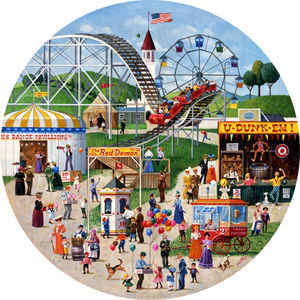 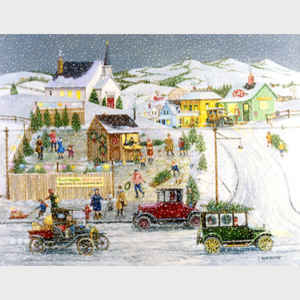 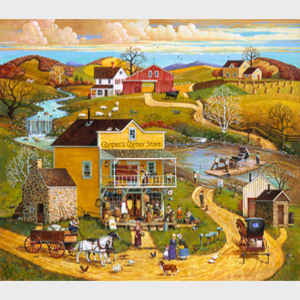 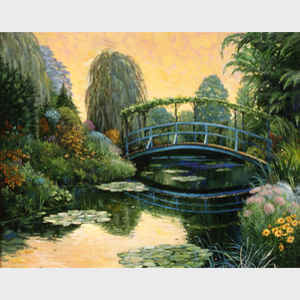 The Gardens at Giverny 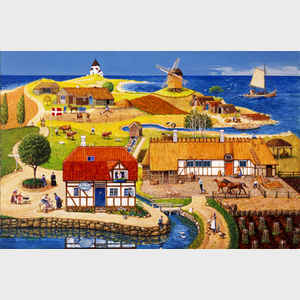 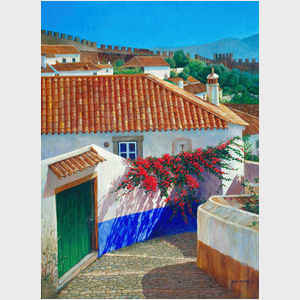 For more information about how to license the works of Bob Pettes for your products, please complete our contact form or email us art@porterfieldsfineart.com.